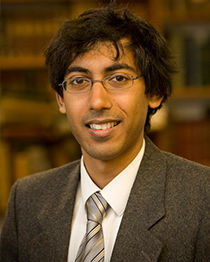 Pramit Chaudhuri (Ph.D. Yale) is Associate Professor of Classics at the University of Texas at Austin and co-founder and co-director of the Quantitative Criticism Lab. He specializes in the Latin poetry of the early Roman empire, set within a broader study of classical and early modern epic and tragedy. Besides his work in QCL, he is currently writing a book on the representation of debate and diplomacy in Roman epic and historiography. He is the co-founder and co-president of the Society for Early Modern Classical Reception (SEMCR), an affiliate group of the Society for Classical Studies.